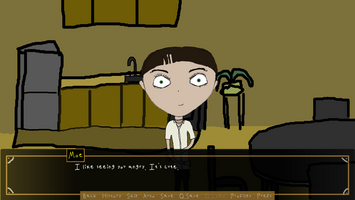 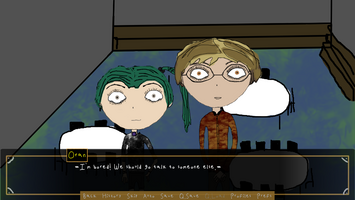 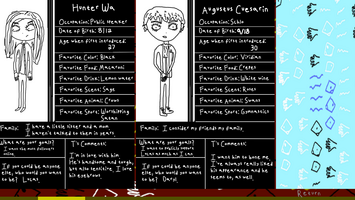 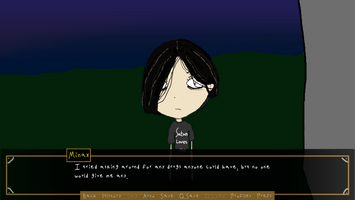 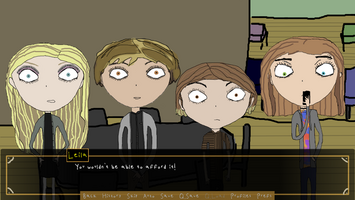 The full version of Schlo: Final Stand has been released!!

The demo was about 25% of the whole game, so releasing another 75% is a pretty big update.

I don't think I explained why it's named Final Stand in the other devlog I wrote. It's just a very dramatic name. I don't intend for it to be my last release or anything. I thought the phrase a lot when beginning to work on the project. I think there is a lot of instances of the characters thinking in very "all-or-nothing" terms, so there's probably a lot of times that one could be thinking to have a "final stand" in the story.

I originally wanted to release the game yesterday, 10/31. A Halloween release seemed sort of funny: it's not really a  horror game, but two of the main characters are Satanists. A release close to Halloween is still nice, anyways. Dates seem pretty arbitrary for releases, but I incidentally released the demo on of the characters' birthday without even thinking about it. Most of their birthdays were made up just because, though.

I don't have much more to say about the release. I feel sort of conflicted about it because it's problematic, but it's problematic in a different way than my other releases have been. I don't think it's wrong to acknowledge problematic behavior and there are some redemption scenes, so it shouldn't be too much of a problem. I hope it's conveyed well that I feel uncomfortable with these subjects myself.

I think I'm pretty proud of it, as a whole. I think it is a good depiction of the Organization. I'm not entirely sure what my next project will be, but I believe I said in the other log that I wanted to release something on the project's anniversary and that's still true. That would be 12/10. So I only have a little more than a month to produce something new. I released "what is schlo?" and came out with "a better schlo dating simulation" very shortly after that, so maybe I'll do something similar to that again. We'll see!

with a focus on the unattainable