Releasing a demo after a year of inactivity 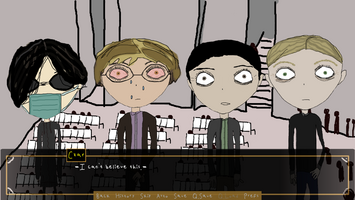 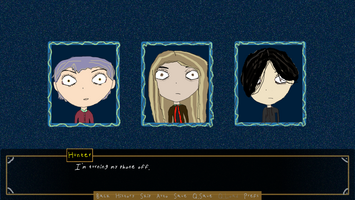 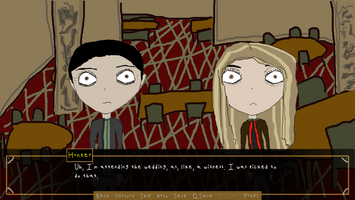 It's been about a year since the release of my last project, "clerence". I wanted to create a formal announcement regarding what I've been working on and what's to come.

I released a demo today "Schlo: Final Stand". It focuses on topics I've been working with for a few years and attempted to make something of a while ago. I restarted this idea for a novel I wrote, starting about in March this year. It's always surprising how fast a novel can be cranked out, but I had no intentions of releasing it anywhere as a novel, so the idea of turning it into a visual novel was born.

I hadn't just been working on one novel in this time. After releasing "clerence" last year, I started working on editing a screenplay I wrote for Schlo. I worked on that for the rest of year and am still working on it. It's an impossible dream to have the script picked up in any way. I'm hosting it somewhere now, but maybe I'll release online later this year.

I also made a stop motion animation short film about Schlo! It was my capstone project. It was a new experience to get to show off my ideas for Schlo in an academic setting. It's relevant to this release, as everyone in it will be featured eventually in this game (except Rain).

So, to wrap that up, in the past year, I've actually worked on 2.5 screenplays (I dropped one of the ideas) and made a short film (and graduated college). "what is schlo?" also recently hit 100 downloads! I was very excited about that.

As I have all the gui, the story and most of the artwork completed for this new project, I don't imagine it will be too long between the release of the demo and the final release. This project has been interesting as I have a variety of restrictions that make it hard to work on the project how I'd like.

Right now, it's just a kinetic novel, though I had the idea of coming up with some complex system of choosing how much people like other people and so on. I may work that out for the final version. It's difficult because it can't really be turned into a straightforward dating sim, because most of the people wouldn't want to date the protagonist in a million years. I was thinking of maybe having this be a kinetic novel, then releasing a dating sim with the same build and everything, just with a different protagonist or something. I also could use most of this art to create a visual novel for the screenplay I wrote, but I'm not sure if I want to do that yet.

My ten year anniversary for working on Schlo is coming up this December. I've been working on Schlo for almost 10 years. This release is featuring things I find very dear to me. Working on "what is schlo?" and the games after that was fun, but this is starting to get to the core of what makes it so precious to me. I have no idea how fun the game I'm working on will be for others, but I hope it'll be interesting at least. I thought I'd release the full game on my anniversary with Schlo, but I think it'll be done before then and I'll try to prepare something else for it. I'd like to get more serious about art in the future, so maybe I'll do something like that. I was afraid it'd be offensive for me to try to draw some of the people featured in the game, there's no way I'd be able to draw them well. I haven't thought about that since drawing them anyways.

I mostly wanted to write a post to share my short film and explain some of my intentions with this new release. I hope it's enjoyable!

with a focus on the unattainable